Supported by the ILO-Net a number of Big Science Projects will be “present” at the Precision Fair Brokerage Event 2018.
The ILO-Net is a collaboration between Dutch Industrial Liaison Officers (ILOs) who are employed at scientific and university institutes. It is an initiative from the NWO Institutes who are responsible for the national coordination of Big Science projects for international facilities such as CERN, ITER, ESS, ESRF, HFML, EELT and ESA. NWO funds all the scientifical research in Holland. In the ILO-Net, ILOs consolidate their strengths to bridge the gap between Dutch industry and large Big Science facilities.

Most important Big Science Projects are:

At CERN, the European Organization for Nuclear Research, physicists and engineers are probing the fundamental structure of the universe. They use the world's largest and most complex scientific instruments to study the basic constituents of matter – the fundamental particles. The particles are made to collide together at close to the speed of light. The process gives the physicists clues about how the particles interact, and provides insights into the fundamental laws of nature.The instruments used at CERN are purpose-built particle accelerators and detectors. Accelerators boost beams of particles to high energies before the beams are made to collide with each other or with stationary targets. Detectors observe and record the results of these collisions.

ITER will be the world's largest experimental fusion facility and is designed to demonstrate the scientific and technological feasibility of fusion power for energy purposes. Fusion is the process which powers the sun and the stars. When light atomic nuclei fuse together to form heavier ones, a large amount of energy is released. Fusion research is aimed at developing a prototype fusion power plant that is safe and reliable, environmentally responsible and economically viable, with abundant and widespread fuel resources.
The ITER project is sited at Cadarache in the South of France. Europe will contribute almost half of the costs of its construction, while the other six Members to this joint international venture (China, India, Japan, the Republic of Korea, the Russian Federation and the USA), will contribute equally to the rest.

The European Spallation Source is one of the largest science and technology infrastructure projects being built today. The facility design and construction includes a linear proton accelerator, a heavy-metal target station, a large array of state-of-the-art neutron instruments, a suite of laboratories, and a supercomputing data management and software development center. In the context of its history and future as a scientific organisation, it is however more than an advanced research tool. It is a brand new organisation, being built from the ground up.

The European Synchrotron Radiation Facility (ESRF), located in Grenoble - France, is a joint facility supported and shared by 19 countries. The ESRF operates the most powerful synchrotron radiation source in Europe, at 6 GeV. Each year several thousand researchers travel to Grenoble where they work in a first-class scientific environment to conduct exciting experiments at the cutting edge of modern science.
Biologists, medical doctors, meteorologists, geophysicists and archaeologists have become regular users. Industrial applications are also growing, notably in the fields of pharmaceuticals, cosmetics, petrochemicals and microelectronics.

The HFML is an international facility which uses and develops high magnetic fields to carry out pioneering scientific research by in-house and external users. Fields up to 37.5T are available, a 45T hybrid magnet is under development.
The HFML research programme is based around three major research themes, Strongly Correlated Electron Systems, Semiconductors & Nanostructures and Soft Condensed Matter & Nanomaterials, and one technological theme, namely the Magnet Technology and Development programme.

The European Space Agency (ESA) is Europe’s gateway to space. Its mission is to shape the development of Europe’s space capability and ensure that investment in space continues to deliver benefits to the citizens of Europe and the world. ESA is an international organisation with 22 Member States. By coordinating the financial and intellectual resources of its members, it can undertake programmes and activities far beyond the scope of any single European country.ESA’s job is to draw up the European space programme and carry it through. ESA's programmes are designed to find out more about Earth, its immediate space environment, our Solar System and the Universe, as well as to develop satellite-based technologies and services, and to promote European industries. ESA also works closely with space organisations outside Europe.

The European Extremely Large Telescope (E-ELT) is a revolutionary scientific project for a 40m-class telescope that will allow us to address many of the most pressing unsolved questions about our Universe. The E-ELT will be the largest optical/near-infrared telescope in the world and will gather 13 times more light than the largest optical telescopes existing today. The E-ELT will be able to correct for the atmospheric distortions (i.e., fully adaptive and diffraction-limited) from the start, providing images 16 times sharper than those from the Hubble Space Telescope. The E-ELT will vastly advance astrophysical knowledge by enabling detailed studies of planets around other stars, the first galaxies in the Universe, super-massive black holes, and the nature of the Universe's dark sector. 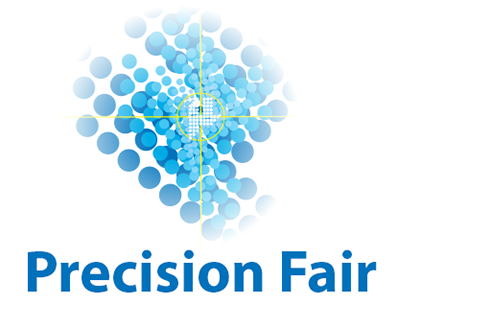 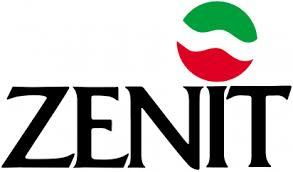